Port Julia stories : a guide to its past and present Anne Chappel (2012)

Port Julia was once a Port for ketches to load wheat and barley. It is now a place for a few fishermen and holiday homes.

It takes it name from Mrs. Julia Wurm* wife of Louis Frederick Wurm who arrived on Yorke Peninsula about 1875. Mr. Wurm started in business at Stansbury as a wheat buyer, builder and general store keeper. He is recognised as being one of the founders of Stansbury. After settling here he planted 80 acres of olive trees and made some first class olive oil. Some of the trees still remain. He also planted vines* and mulberry trees for silkworms in an endeavour to produce silk*. *Cockburn's Nomenclature of South Australia. *The Cyclopedia of South Australia, Page 682, Volume 2. *Four Make One, Page 35.

Port Julia was first known as Curramulka Harbour, for it was used as a port by that nearby town. Recognised in the district as one of the finest harbours between Port Vincent and Pine Point, the first ketch to regularly dock there around 1878 belonged to Louis Wurm of Stansbury. He suggested calling it Port Julia, for his wife, and the name persisted.

Wurm built a store near the port from which he exported grain and sold necessities to the locals. Whilst nearby Port Vincent was already established and had its own jetty, many grain dealers preferred dealing with Wurm, and so the port became quite busy, trading wheat and barley between Yorke Peninsula farmers and Port Adelaide.

With trade on the increase the need for a jetty became apparent, so when an 1883 appeal for Government funding fell on deaf ears, enterprising local John Kerry decided to build his own.

In 1905 maintenance of this jetty was transferred to the local council, a goods shed was built nearby and doubled as a community hall. Whilst not ideal, the jetty served the community and its merchants until a better one took its place in 1913.

The town started to boom when in the late 1920s Yorke Peninsula Barley Producers built stacking sheds there. Scores of ketches - up to eight at a time - could be seen in the bay.

By the 1950s road and rail transport, and the bulk shipping of grain out of Wallaroo led to the decline of trade in Port Julia, and by 1972 it ceased trading as a port altogether.

Port Julia is now a small community (home to 307 residents according to the 2006 Census) and is a popular holiday destination for anglers.

The 1913 jetty and goods shed still stand, and are heritage listed. 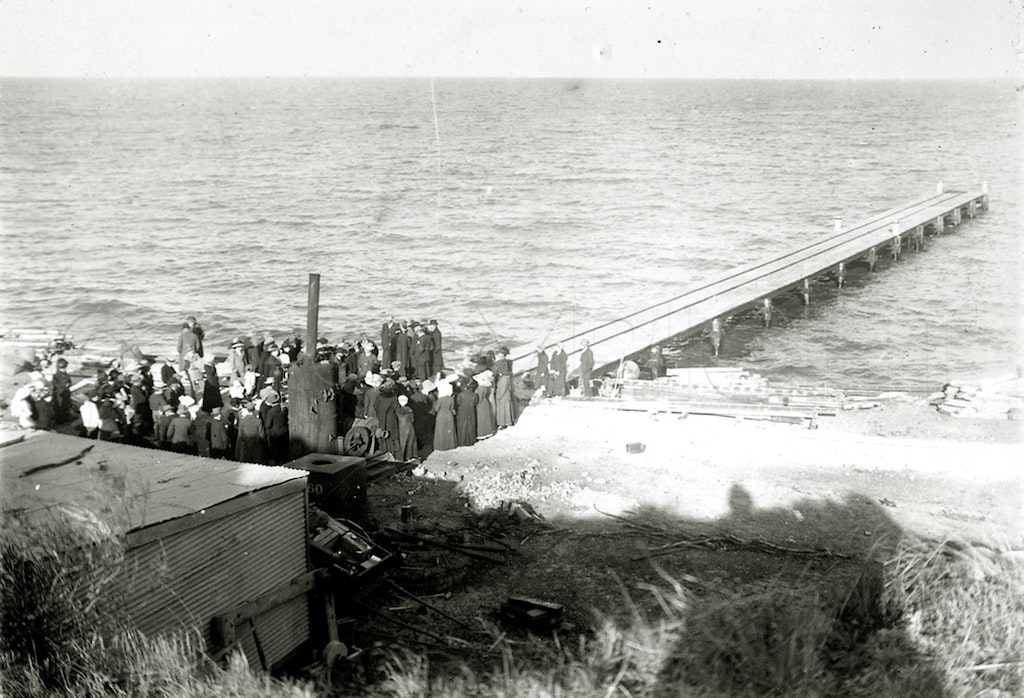 Distant view of a small crowd attending the opening ceremony for the new jetty at Port Julia, South Australia 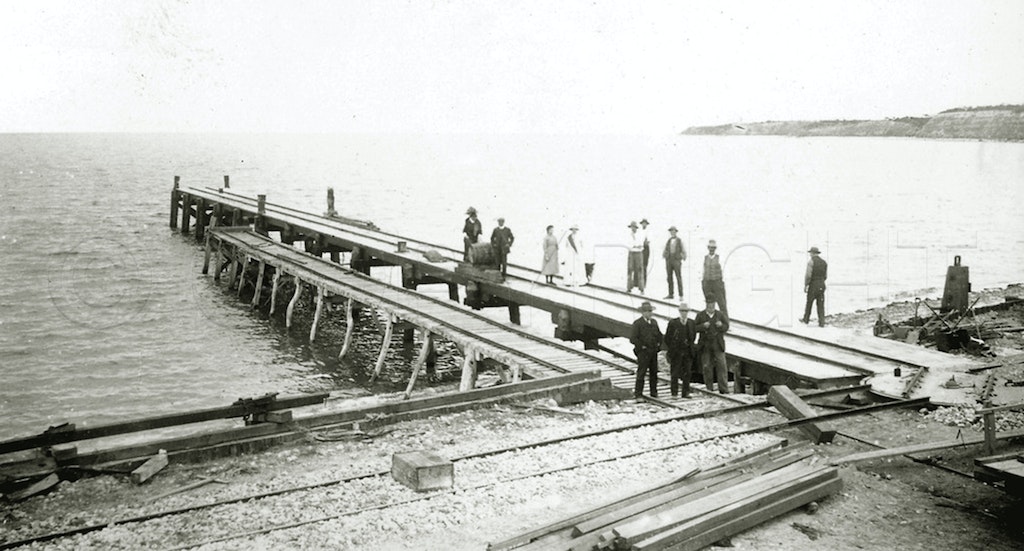 Distant view of the new jetty at Port Julia erected next to the old one which is still in position, and opened on May 7 1913. The 3 men in the front are John Kerr, the grain merchant, John Mills, the harbormaster who worked for John Kerr for some time, and the Chairman of Minlaton DC, John McKenzie. The shorter jetty was demolished after the new one was completed. The older jetty was built in 1895 and completed at the end of that year. It was a private jetty funded by John Kerr with some help from the Marine Board and remained private for 10 years before the lease ran out. [additional information provded by researcher]