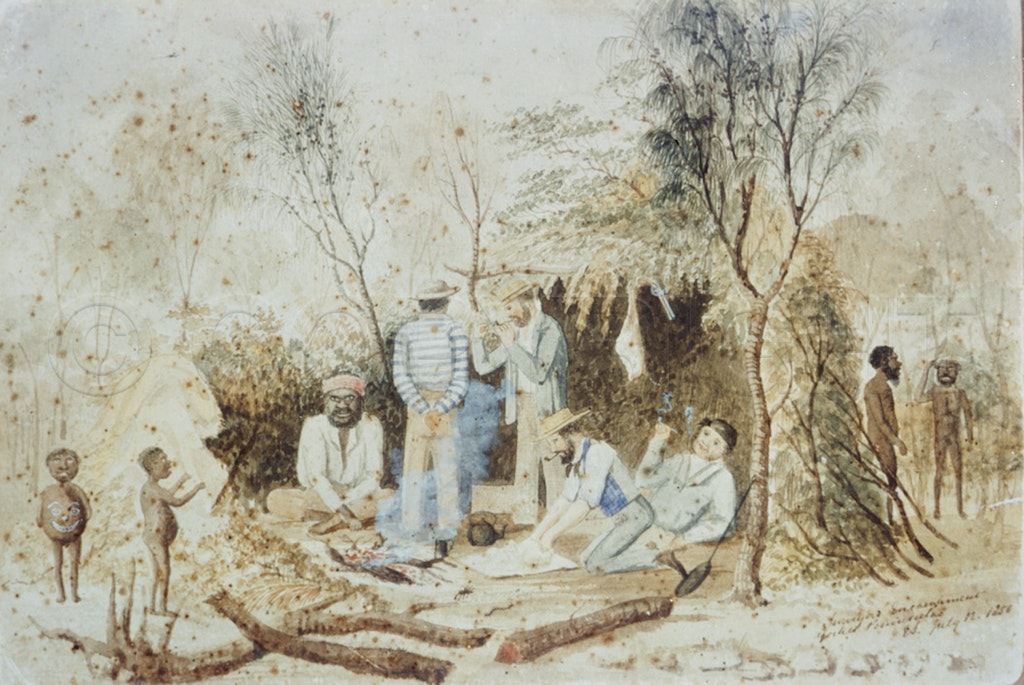 THE LANDS ON YORKE'S PENINSULA.

The debate in the Assembly on Wednesday upon Mr. Pearce's motion recommending the Government to immediately survey and open for selection all the best agricultural land on Yorke's Peninsula was a thoroughly practical and satisfactory one. Members for the most part resisted the temptation to throw themselves into the breach between employers and employed, and discussed the main question upon its merits. Even when they diverged from this rule their remarks were characterized by a moderation which contrasted favourably with the warm and ill-timed utterances of the previous day. For the judicious and business-like tone of the debate full credit must be awarded to the mover, who in his opening speech steered clear of the irritating topics into which it would have been-easy for him to have drifted, and only referred to the disagreements between the Directors of the Peninsula mines and their workmen in so far as it was necessary to illustrate his argument. He repudiated the idea of having simply brought the matter forward as an expedient for meeting a temporary emergency. A recent visit to Moonta had convinced him that there were numbers of men there possessed of sufficient capital to enable them to enter upon farming pursuits, and his anxiety was to facilitate their doing so. Indirectly the throwing open of fresh lands on the Peninsula would have the effect of relieving the strain upon the labour market, but he disclaimed the idea of wishing to transform unemployed and penniless miners into free selectors. Acting in full accord with the lion, gentleman's expressed views, Mr. Townsend proposed the expungement of words which specifically connected the motion with the fact that men were in want of work on the Peninsula, and the amendment was agreed to without a division on the distinct understanding that the House wished to be clear of the suspicion of interfering in a matter in which its special interference, at all events at present, would be as impolitic as it would be uncalled for. Upon the principle of the motion there was no difference of opinion. The Government were able to prove their unqualified concurrence in it by pointing out that orders for the survey had been given a week ago, and were to be executed forthwith. The promptitude displayed by the Commissioner of Crown Lands in this instance ought in common fairness to be regarded even by his opponents as a set-off against some of the short comings which are so lavishly charged against him. The minds of two or three of those gentlemen, however, seem so utterly jaundiced that they fail to see any redeeming features in Mr. Everard's administration of the Lands Department. Where they find it impossible to censure they have not even the, candour to damn with faint praise, or the self-control to be silent, but proceed at once to rake up proofs of past misdoings. Such a style of criticism is not only ungenerous, but it is indiscreet on the part of those who resort to it. Generally speaking they are members who hope to hold office, and who, when on the Ministerial benches, will find the inconvenience of having praise withheld when they feel themselves entitled to it, and the worst possible construction placed indiscriminately upon the whole of their actions. By the majority of the speakers on Wednesday, however, the readiness shown by the department to meet the wishes of the people at Moonta so-soon as expression had been given to them was cheerfully recognised. _

While deprecating the tendency shown in two or three quarters to withhold from the Government the credit which was undoubtedly due, we willingly admit that a good case was made out for a reform in what appears to be the ordinary method of offering land for selection. It is no deubt a fact that there has been a special pressure upon the Survey Office, and that considerable difficulty has been experienced in getting a sufficient quantity of land open for selection, but this does not justify or in any way account for the practice, loudly complained of on Wednesday, and then not by any means for the first time, of having a few sections put up here and a few there all over the country. To assume that they are thus put up in driblets because they are surveyed in driblets would be to presuppose an utter incompetency on the part of the Surveyor-General to make the most of the staff at his disposal. We are not prepared to accept that view, and yet in repudiating it we are left without any reasonable explanation for this system of offering land in fragments. The impolicy of adopting such a course is obvious. It puts it out of the power of intending selectors to inspect more than a tithe of the land that is advertised at one time, and inevitably leads to a run upon a few favourite blocks. The consequences are that the price at limited auction is carried to a ridiculously high figure, and that all the applicants, not excepting the buyer, have cause for profound dissatisfaction. Nor is this the end of the mischief, for the unsuccessful bidden, after failing over and over again to obtain the land they have had an opportunity of examining, reluctantly make up their minds to go to some other colony. That there is an exodus still going on of men whom we are least able to spare, and chiefly upon the grounds above set forth, it is impossible to deny in the face of the explicit statements made on Wednesday. Here, then, is a matter in which alteration for the better is urgently required, and there is sound wisdom in the advice tendered to the Ministry as to the propriety of having large areas in particular districts surveyed and put up at a time. We concur with Mr. Krichauff in thinking that in. the adoption of such a course lies a thoroughly practical remedy against the abuse of the limited auction principle. We are glad to find that the Ministry have it in contemplation to adopt a wholesale system of survey upon Yorke's Peninsula, and it is due to the country that they should follow it up by putting into the market at one time a large extent of land in that part of the colony. It is in the highest degree absurd tbat men capital and inclination to engage in farming in South Australia should be driven to inland districts like Horsham when there are on Yorke's Peninsula tend of thousands of acres of good arable land within a few miles of the sea-coast which only requires to be withdrawn from the pastoral lessee and surveyed to be rendered available for agricultural occupancy. The direction taken by the debate rendered it out of the question for the Government to reply to the strictures passed upon their conduct in the course of the previous day's vagrant discussion npon Yorke's Peninsula matters. This, so far from being a ground for regret, affords ample reason for satisfaction. The remarks made upon that occasion, however well meant, were altogether inopportune and it would have been a gross error in judgment for the Ministers or anyone else to have revived fee subject. The miners are evidently deerrrone as far as possible of settling their disputes with their employers without tiny ad cap'andum' appeals to public sympathy, and without proceeding to those extremities which would alone justify outside interposition. This determination on their part merits unqualified approval, and for the Executive or for the House to rush in, even to offer advice, would be nothing better than an act of midsummer madness. As to the employers, they are well enough able to take care of themselves, and nothing need be said on their behalf. The only matter that really called for explanation at the hands of the Government was the dispatch of a body of troopers to the Peninsula at a time when their arrival might have tended to irritate the populace. Even upon this point it seems to us the Ministry has a good defence, but it was better for them to sit silent under the stigma of having done an injudicious thing than to reopen a needless, not to say a mischievous discussion.